Frederick Douglass: What to the Slave Is the Fourth of July? 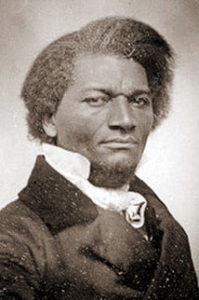