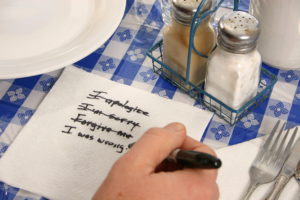 From my platform address on October, the quick summary.

What’s included in an effective apology:

And my rules about apologies,

If you’d like to hear the whole platform address, it’s here: The Problem With Apologies (SoundCloud)